Yes, Celexa can cause nervousness. Celexa is the brand name, and citalopram is the generic name of the medication. Celexa is classified as an antidepressant, in the SSRI family (selective serotonin reuptake inhibitor). Other SSRIs include Prozac (fluoxetine), Zoloft (sertraline), Paxil (paroxetine), and Lexapro (escitalopram). SSRIs, including Celexa, can cause activation as a treatment-emergent side effect. “Activation” is characterized by irritability, anxiety, and restlessness. Activation is a common side effect of the SSRIs and Celexa, and can cause more nervousness, anxiety and irritability, which are the symptoms that the SSRI or Celexa were meant to treat in the first place! This activation side effect only lasts a few days or a few weeks, and then it dissipates. Another issue is that the Celexa and the other SSRIs do not start to reduce the anxiety and depression until a few weeks later of taking the medication on a daily basis.

Clinically, of all the SSRIs, Celexa (citalopram), Lexapro (escitalopram), and Zoloft (sertraline) are associated with less activation symptoms than Prozac (fluoxetine) and Paxil (paroxetine). Prozac is the most activating of the SSRIs. But as a class, the SSRIs are less activating than the SNRIs (serotonin norepinephrine reuptake inhibitors), with Effexor (venlafaxine) being the most activating of all the antidepressants. In clinical practice, Effexor is known as “Side Effexor.”
photo credit: Citalopram, happiness pills via photopin (license)

Get The Power To Beat Anxiety

Self help book for anxiety, written by a psychiatrist. 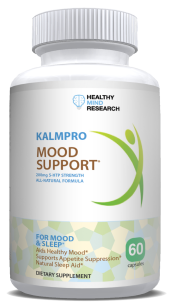