Hello I’m Dr. Carlo Carandang, and I’m a psychiatrist. Today, I will answer a question about:

What is the best antidepressant for hypochondria?

So that’s the only indication for medication treatment in hypochondria. When you have a concurrent anxiety or depression, then medications such as antidepressants can treat the concurrent anxiety or depressive disorder. The only way to really get better from hypochondria is that eventually the person that has hypochondria has to come to a point where you gain insight into the fact that maybe your concerns about medical illness are just overwhelming and actually there might be some problems with your focus on your body and your physical symptoms. And if this isn’t the a medical illness despite your medical doctor or your medical doctor’s team reassuring you that there’s nothing wrong and that you are indeed healthy, then the problem is that you are a hypochondriac. And if you don’t gain insight into the fact that you may have hypochondria and that your worries about having a medical condition is the real problem. You have to face the fact that your worries really aren’t about something that’s real- so until you get to the point where you can at least have some insight that your worries have no basis in reality, that you can then start the process of getting better. If you don’t believe you have hypochondria and you don’t go through the process of trying to gain insight that maybe there is something to this that 20 doctors and specialists have told me that nothing is wrong with me, then maybe I need to listen to that and maybe I need to reconsider how I’m going about this because how things have been going in the past have not been working for me. So that is a very important step to consider that maybe you might have hypochondria after having several visits with your doctor saying that you are healthy. So once you are able to gain some insight that maybe you focus too much on your symptoms and may be thinking about it too much and worrying about it too much, then you can start the process of actually getting better, because you can actually get better by starting cognitive behavioral therapy (CBT), so that you can start to address some of your triggers.

The other thing you might be doing is that you might be over monitoring yourself. So you might check yourself frequently throughout the day to the point where you regularly check yourself to the point where everything else in your life gets set aside, such as your job, self-care, family, your kids, and your friends. So you might over monitor yourself as a way to overcompensate for the anxiety. Another thing you might do is that you might have multiple doctor visits. So you might go to your family doctor multiple times, as you are concerned you have a medical condition. And of course, if you have hypochondria, you don’t have insight that you have something wrong with you, so what happens is once one doctor tells you that you are healthy and the medical tests are normal, you are not assured because you’re only going to be satisfied if you find exactly what’s wrong with you.

But of course, if you are healthy and you have no medical condition, then how can you be rest-assured if there’s nothing wrong with you physically? So this is the catch-22 of actually getting better from hypochondria, is that if you have hypochondria, you have no insight into the fact that your worries about having a serious medical condition really have no basis in reality, despite what all these doctors say about you, and all these tests are normal. You’re not rest-assured, then you need to go doctor shopping and you go on to the next specialist, you go on to the next family doctor, and if they can’t find anything wrong with you, then you just shrug it off and you say that they’re incompetent or they don’t know what they’re talking about, and these medical tests must be wrong. So then you tell yourself you need to go to another doctor and get more tests. So pretty soon, you’re seeing a couple dozen specialists, you’re getting multiple tests done, and still nothing is found.

If you have hypochondria, you are not going to get better until you own up to the fact that maybe what these doctors are telling me is right and that maybe I indeed do not have any medical problems. But maybe I have a serious psychological one and that is actually a hard pill to swallow, because for someone with hypochondria, the last thing they want to hear is that they have something wrong with them psychologically. Because what’s happened is that if you have visited multiple doctors, these doctors are so exasperated by you because despite the doctor telling you that there’s nothing wrong with you and that you’re healthy and that the medical tests are normal- what happens is that these doctors might be becoming exasperated from you because you don’t take their word and their expert opinion. So they might react to you and become invalidating, and might become judgmental. They might tell you that there’s something wrong would you psychologically and maybe need to see a therapist, and that actually turns you off even more, and then that’s why you go and see another doctor, to get a whole new batch of lab tests, physical exams, and history taking from a new doctor.

So here’s the way forward- if you are in a situation where you have visited multiple doctors and all of them have evaluated you comprehensively and state to you that you are healthy and there’s nothing wrong and you don’t have cancer. So you have stomach pain and your doctor tells you there’s nothing wrong with you- you just have some indigestion at times. If you hear this multiple times from different doctors and the medical tests come back normal, then maybe you need to start listening to what these doctors are saying and what these medical tests are saying- that you are healthy physically, but maybe there’s something wrong with the way that you think about your triggers. Once you come to that conclusion, maybe then you can go to your doctor and say: “look Doc, I think that maybe I have a problem overthinking all this and I think I need help now.”

But if you go to your doctor who’s probably exasperated by all your complaints and might be judgmental and invalidating to you, that maybe it’s time then to look for another doctor that will listen to your concerns and will meet with you regularly. But you know your concerns about medical problems are not going away even when you come to the realization that that you could just be overthinking all this, because you’re still going to have those concerns. So you’re going to need a non-judgmental doctor who’s going to listen to your concerns and actually take the time for any physical complaints you might have, actually do the exam and physical, get the lab tests when appropriate, and still continue to reassure you that nothing is wrong in a non-judgmental way. If you don’t have such a non-judgmental and empathic doctor, then maybe it’s time to look for someone you can go to where you can just talk. Maybe you need to go weekly to a doctor and discuss your concerns, and this doctor then can reassure you that there’s nothing wrong with that new complaint that you have. And in the meantime, once you establish this relationship with your medical doctor, you go for regular visits with your medical doctor who has then reassured you that there is nothing medically wrong with you, then that’s the time to go to a therapist, so that you can you can begin the process of changing the way you think and change the way you behave, so that you can get out of the negative vicious cycle of hypochondria, also known as health anxiety or illness anxiety disorder.

I hope that answers your question. Thank you for listening. I’m Dr. Carlo with AnxietyBoss.com. 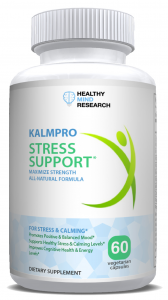